PayU is acquiring a controlling stake in fintech startup PaySense at a valuation of $185 million and plans to merge it with its credit business LazyPay as the nation’s largest payments processor aggressively expands its financial services offering.

The Prosus-owned payments giant said on Friday that it will pump $200 million — $65 million of which is being immediately invested — into the new enterprise in the form of equity capital over the next two years. PaySense, which employs about 240 people, has served more than 5.5 million consumers to date, a top executive said.

Prior to today’s announcement, PaySense had raised about $25.6 million from Nexus Venture Partners, and Jungle Ventures, among others. PayU became an investor in the five-year-old startup’s Series B financing round in 2018. Regulatory filings show that PaySense was valued at about $48.7 million then.

The merger will help PayU solidify its presence in the credit business and become one of the largest players, said Siddhartha Jajodia, global head of Credit at PayU, in an interview with TechCrunch. “It’s the largest merger of its kind in India,” he said. The combined entity is valued at $300 million, he said.

PaySense enables consumers to secure long-term credit for financing their new vehicle purchases and other expenses. Some of its offerings overlap with those of LazyPay, which primarily focuses on providing short-term credit to consumers to facilitate orders on food delivery platforms, e-commerce websites and other services. Its credit ranges between $210 and $7,030.

Cumulatively, the two services have disbursed more than $280 million in credit to consumers, said Jajodia. He aims to take this to “a couple of billion dollars” in the next five years. 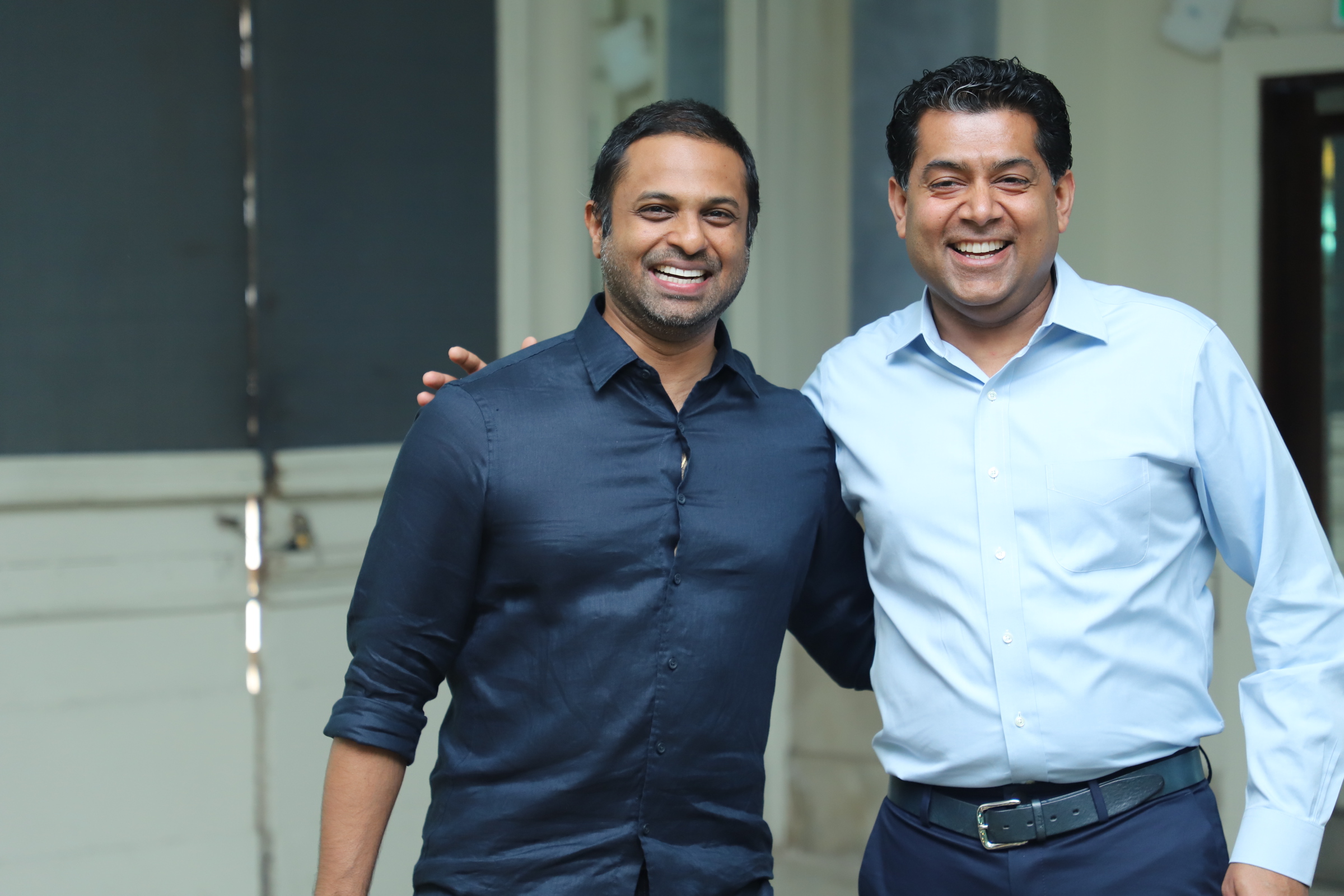 As part of the deal, PaySense and LazyPay will build a common and shared technology infrastructure. But at least for the immediate future, LazyPay and PaySense will continue to be offered as separate services to consumers, explained Prashanth Ranganathan, founder and chief executive of PaySense, in an interview with TechCrunch.

“Over time, as the businesses get closer, we will make a call if a consolidation of brands is required. But for now, we will let consumers direct us,” added Ranganathan, who will serve as the chief executive of the combined entity.

There are about a billion debit cards in circulation in India today, but only about 20 million people have a credit card. (The official government figures show that about 50 million credit cards are active in India, but many individuals tend to have more than one card.)

This has meant that most Indians don’t have a traditional credit score, so they can’t secure loans and a range of other financial services from banks. Scores of startups in India today are attempting to address this opportunity by using other signals and alternative data of users — such as the kind of a smartphone a person has — to evaluate whether they are worthy of being granted some credit.

Digital lending is a $1 trillion opportunity (PDF) over the next four and a half years in India, according to estimates from Boston Consulting Group.

PayU’s Jajodia said PaySense and LazyPay will likely explore building new offerings, such as credit for small and medium businesses. He did not rule out the possibility of getting stakes in more fintech startups in the future. PayU has already invested north of half a billion dollars in its India business. Last year, it acquired Wibmo for $70 million.

“At PayU, our ambition is to build financial services using data and technology. Our first two legs have been payments [processing] and credit. We will continue to scale both of these businesses. Even this acquisition was about getting new capabilities and a strong management team. If we find more companies with some unique assets, we may look at them,” he said.

PayU leads the payments processing market in India. It competes with Bangalore-based RazorPay. In recent years, RazorPay has expanded to serve small businesses and enterprises. In November, it launched corporate credit cards and other services to strengthen its neo banking play.

At CES 2020, one of the more well-represented gadget categories was definitely consumer robots — but none was more adorable than MarsCat, a new robo-pet from industrial robot startup Elephant Robotics. This robot pet is a fully autonomous companion that can respond to touch and voice — and even play with toys, and it’s hard not to love the thing after spending even just a brief amount of time with it.

MarsCat’s pedigree is a bit unusual, since Elephant Robotics is focused on building what’s known as “cobots,” or industrial robots that are designed to work alongside humans in settings like factories or assembly plants. Elephant, which was founded in 2016, already produces three lines of these collaborative robots and has sold them to client companies around the world, including in Korea, the U.S., Germany and more. 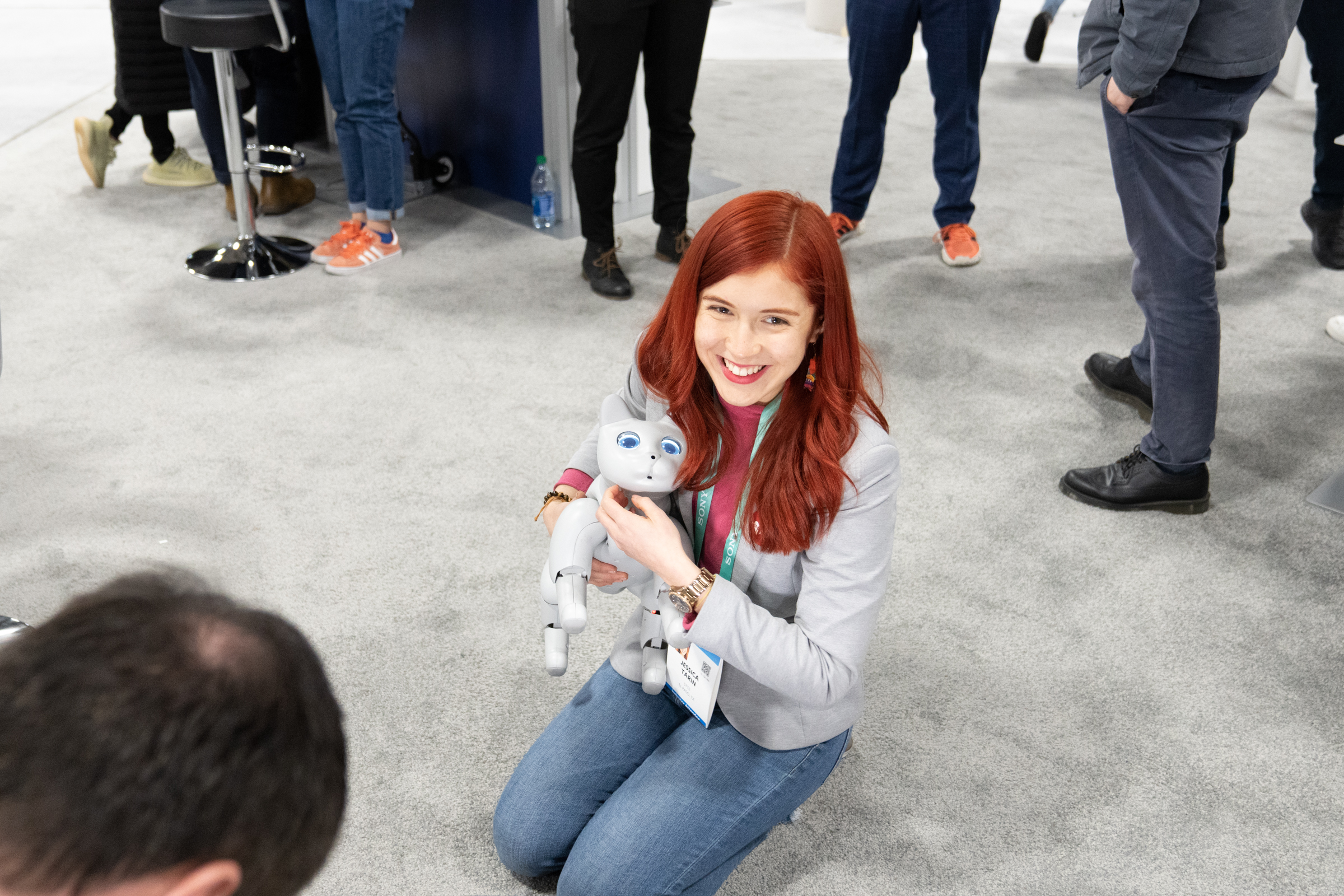 This new product is designed for the home, however, not the factory or the lab. MarsCat is the startup’s first consumer product, but it obviously benefits immensely from the company’s expertise and experience in their industrial robotics business. With its highly articulated legs, tail and head, it can sit up, walk, play and watch your movements, all working autonomously without any additional input required.

While MarsCat provides that kind of functionality out of the box, it’s also customizable and programmable by the user. Inside, it’s powered by a Raspberry Pi, and it ships with MarsCat SDK, which is an open software development library that allows you to fully control and program all of the robot’s functions. This makes it an interesting gadget for STEM education and research, too.

MarsCat is currently up for crowdfunding on Kickstarter, with Elephant having already surpassed its goal of $20,000 and on track to raise at least $100,000 more than that target. Elephant Robotics CEO and co-founder Joey Song told me that it actually plans to ship its first batch of production MarsCats to users in March, too, so backers shouldn’t have to wait long to enjoy their new robotic pet.

There are other robotic pets available on the market, but Song thinks that MarsCat has a unique blend of advanced features at a price point that’s currently unmatched by existing options. The robot can respond to a range of voice commands, and will also evolve its personality over time based on how you interact with it: Talk to it a lot, and it’ll also become “chatty,” play with it frequently and it’ll be a playful kitty. That, combined with the open platform, is a lot to offer for the asking backer price of just $699 to start.

Sony’s Aibo, the canine equivalent of MarsCat, retails for $2,899 in the U.S., so it’s a bargain when considered in that light. And unlike the real thing, MarsCat definitely doesn’t shed, so it’s got that going for it, too.

Catch up on the most important news from today in two minutes or less.

After years of ridicule, streamers who ‘just chat’ prove that there’s room for gabbing, not just gaming, on the platform.

Ring is now a major player when it comes to consumer video doorbells, security cameras — and privacy protection.

Amazon acquired the company and promotes its devices heavily on its e-commerce websites. Ring has even become a cultural phenomenon with viral videos being shared on social networks and the RingTV section on the company’s website.

But that massive success has come with a few growing pains; as Motherboard found out, customers don’t have to use two-factor authentication, which means that anybody could connect to their security camera if they re-use the same password everywhere.

When it comes to privacy, Ring’s Neighbors app has attracted a ton of controversy. Some see it as a libertarian take on neighborhood watch that empowers citizens to monitor their communities using surveillance devices.

Others have questioned partnerships between Ring and local police to help law enforcement authorities request videos from Ring users.

In a wide-ranging interview, Ring founder Jamie Siminoff looked back at the past six months, expressed some regrets and defended his company’s vision. The interview was edited for clarity and brevity.

TechCrunch: Let’s talk about news first. You started mostly focused on security cameras, but you’ve expanded way beyond security cameras. And in particular, I think the light bulb that you introduced is pretty interesting. Do you want to go deeper in this area and go head to head against Phillips Hue for instance?

Jamie Siminoff: We try not to ever look at competition — like the company is going head to head with… we’ve always been a company that has invented around a mission of making neighborhoods safer.

No one was making — and I still don’t think there’s anyone making — a smart outdoor light bulb. We started doing the floodlight camera and we saw how important light was. We literally saw it through our camera. With motion detection, someone will come over a fence, see the light and jump back over. We literally could see the impact of light.

So you don’t think you would have done it if it wasn’t a light bulb that works outside as well as inside?

For sure. We’ve seen the advantage of linking all the lights around your home. When you walk up on a step light and that goes off, then everything goes off at the same time. It’s helpful for your own security and safety and convenience.

The light bulbs are just an extension of the floodlight. Now again, it can be used indoor because there’s no reason why it can’t be used indoor.

Following Amazon’s acquisition, do you think you have more budget, you can hire more people and you can go faster and release all these products?

It’s not a budget issue. Money was never a constraint. If you had good ideas, you could raise money — I think that’s Silicon Valley. So it’s not money. It’s knowledge and being able to reach a critical mass.

As a consumer electronics company, you need to have specialists in different areas. You can’t just get them with money, you kind of need to have a big enough thing. For example, wireless antennas. We had good wireless antennas. We did the best we thought we could do. But we get into Amazon and they have a group that’s super highly focused on each individual area of that. And we make much better antennas today.

Our reviews are up across the board, our products are more liked by our customers than they were before. Jamie Siminoff

Our reviews are up across the board, our products are more liked by our customers than they were before. To me, that’s a good measure — after Amazon, we have made more products and they’re more beloved by our customers. And I think part of that is that we can tap into resources more efficiently.

And would you say the teams are still very separate?

Amazon is kind of cool. I think it’s why a lot of companies that have been bought by Amazon stay for a long time. Amazon itself is almost an amalgamation of a lot of little startups. Internally, almost everyone is a startup CEO — there’s a lot of autonomy there.

A new Transportation Department policy on self-driving cars is long on boosting the industry and short on ensuring its safety.

The retail giant warned holiday shoppers that Honey, a popular browser extension, was a “security risk.” Honey denies the claim.